My friend Sam loves legwarmers and a few years ago, she asked me to knit her a pair. She provided the yarn — Cascade 220 in a pinkish/red hue — I freestyled a pattern using seed stitch and knit them up. She wore them everywhere and says she got many compliments and swears I could make a good living selling legwarmers in Vermont, but that’s another story.

Recently, she asked me to make her another pair and knowing that Sam had become a very talented potter, I suggested a barter — handmade legwarmers for handmade pottery.

I ended up with a pretty planter and she’s got a new pair of legwarmers. The yarn she provided was a pretty and speckled superwash nylon and merino blend from Round Mountain Fibers, which Sam acquired in a separate barter.

Of course I failed to write down my pattern while making the first pair but this time I wrote it all down and now I’m sharing it with you. This pattern is more like a recipe — I didn’t do a gauge swatch (bad Tammi) but here’s how I made these Easy Seed Stitch Legwarmers. 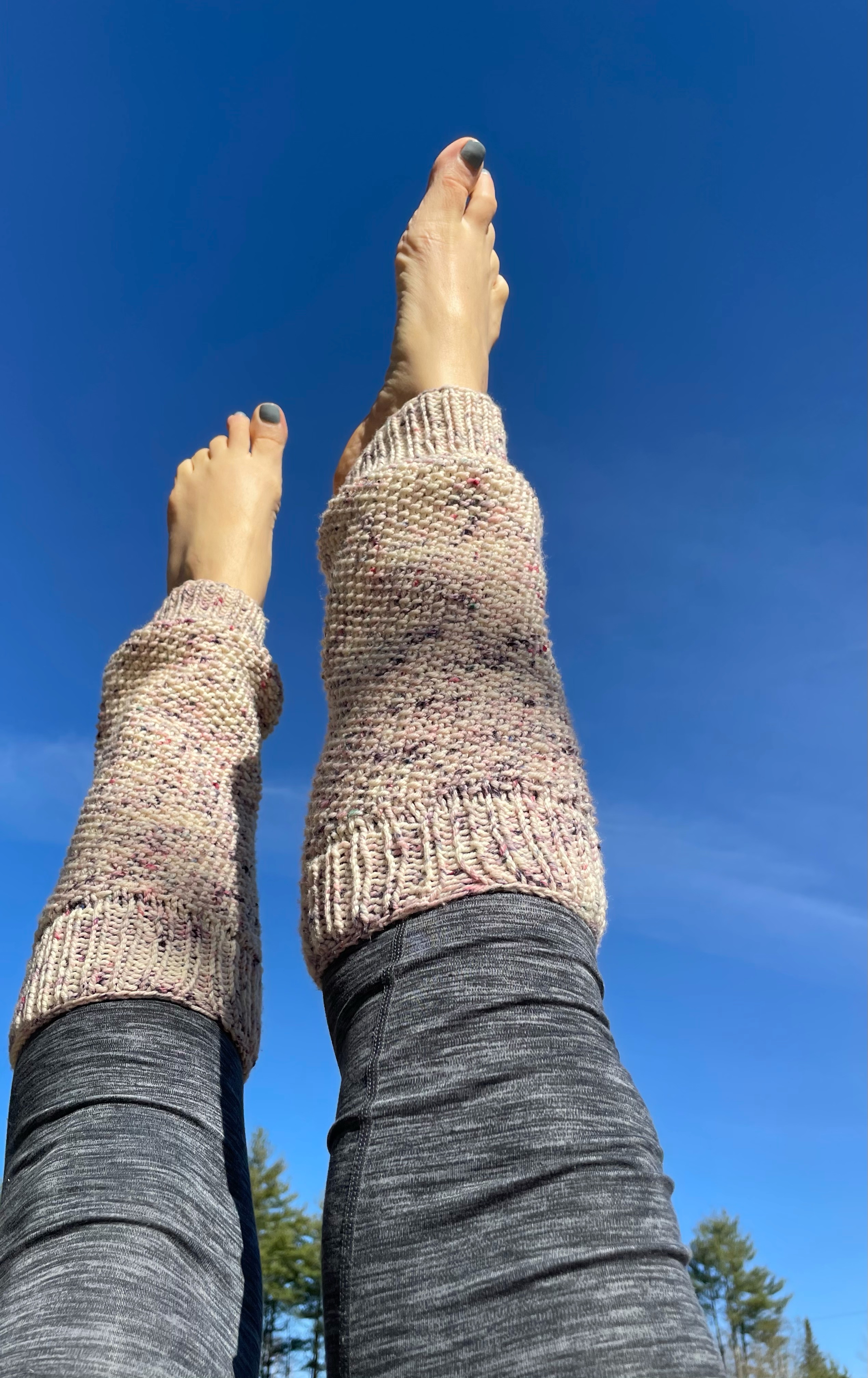 Switch to US 7 needles

Knit 1 round until the last stitch and then kfb

Purl 1 knit 1 to the end of the round

Knit 1 purl 1 to the end of the round

Knit 1 round until the last stitch and then k2tog

Total length is 17” but if you want longer legwarmers, knit a couple more inches, but keep in mind that you may need more yarn.

You can wet block your legwarmers if you wish. Or not. I won’t judge you.